Share a memory
Obituary & Services
Tribute Wall
Read more about the life story of William and share your memory.

He is survived by his wife of 59 years Christine A. (Wassenar) Graveson; his son John W. Graveson; his 2 daughters Melissa M. Hendriks and her spouse Jan and Alison E. Joyal; his 5 grandchildren who were special to him, Jeffrey Graveson, Ryder Hendriks, Mckena Hendriks, Jack Joyal, and Brody Joyal; sister-in-law Dorothy “Dotty Graveson; and many nieces, nephews, cousins and life long friends. He was brother of the late Mary Stanley, Germaine Bernier, Edward L. “Butch” Graveson, Joseph M. “Pete” Graveson, Lillian Duclos, Rachel Bergeron, and Laura Goyette. Born in Sanford, ME on Sept. 7, 1940 he was the son of Edward and Marie Rose (Pellerin) Graveson and lived in Uxbridge most of his life.

Mr. Graveson worked as a Professional Pilot for Executive Airlines at Logan Airport in Boston. He then flew the executive jet for Wyman Gordon Corp. and later became an Instructor at East Coast Aerotech. He was a graduate of Uxbridge High School, Class of 1959 and later from East Coast Aerotech in 1968. He was a Vietnam Era US Army Veteran serving in Germany and Massachusetts. A jack-of-all trades, he built his and his children’s homes and enjoyed camping, fishing, shooting, sailing, photography, and motorcycles.  He enjoyed attending his grandchildren’s games and events and baking bread with them. A corvette enthusiast he also loved riding his ATV and was a skilled woodworker. He was a member of Singletary Rod and Gun Club. Jack will be remembered as a great husband, dad, and grandfather with a yearning to learn and a love of passing on his knowledge to others.

His Funeral Service will be held Sat. Jan. 14 at 11 AM in Tancrell- Jackman Funeral Home, 35 Snowling Rd., Uxbridge. Calling hours at the funeral home are Fri. Jan. 13 from 6 to 8 PM and Sat. Jan. 14 from 9 to 11 AM. Donations in his memory may be made to: Veteran’s Inc. 69 Grove St. Worcester, MA 01605. To leave a condolence message for his family please visit www.jackmanfuneralhomes.com

To send flowers to the family or plant a tree in memory of William J. "Jack" Graveson, please visit our floral store. 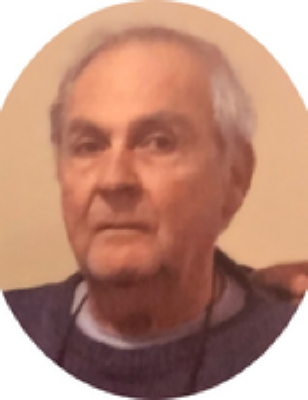