Share a memory
Obituary & Services
Tribute Wall
Read more about the life story of Arthur and share your memory.

He is survived by his wife of 67 years, Claudette T. (Gauthier) Boucher; 3 children, Alan A. Boucher and his wife Linda of Douglas, Cynthia Wedekind and her husband Robert of Riverside, RI, and Rene Boucher and his wife Tammy of Douglas; 8 grandchildren; 4 great-grandchildren and many nieces and nephews. He was brother of the late Norman, Stephen, Robert, Douglas, Francis and Wallace Boucher, Joyce Rosenthol, Celia Barry, Myrlene Hewitt, and Flora Mae Morrison.

Born on July 10, 1930, he was raised on the family farm in Cabot, VT. He was the son of Joseph and Gertrude (Morse) Boucher and lived in Uxbridge 48 years.

Arthur was a proud U.S. Army Veteran serving during the Korean Conflict and was stationed in Germany. After his service he and Claudette married and moved to Uxbridge. Arthur worked for the former Whitin Machine Works and later for the Tupperware Co. in Auburn many years until his retirement in 1995. He enjoyed tending to his vegetable gardens and playing pool in the Northbridge Senior Center League. He was a New England sports fan and especially loved the Red Sox. He was a member of the VFW Post 1385.

His funeral mass will be held on Thurs., January 12 at 11am in St. Mary’s Church, 77 Mendon St., Uxbridge. Burial will follow in St. Mary’s Cemetery. Calling hours will be held from Tancrell-Jackman Funeral Home, 35 Snowling Rd., Uxbridge on Weds. Jan. 11 from 5-7 PM Donations in Arthur’s memory may be made to: The VFW Post 1385, 13 Cross Rd., Uxbridge MA 01569. To leave a condolence message for his family please visit: www.Jackmanfuneralhomes.com

To send flowers to the family or plant a tree in memory of Arthur E. "Buster" Boucher, please visit our floral store. 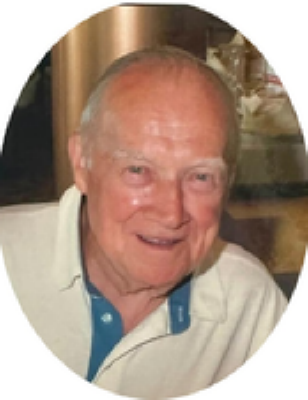